The music videos and award pieces I directed for Penske Truck Leasing brought the crowd to its feet and helped launch a thrilling kickoff for the company at their annual meeting held Feb. 21--23 in Scottsdale, AZ. Working with Jim Feenstra, Penske's Senior VP Marketing and Don Metcalf, Director of Product Marketing, the videos were produced through NFL Films and shown on a huge 24 ft. LED screen to an audience of nearly 1500, including company founder and racing legend Roger Penske. The event opened with a live performance by Nikki Yanofsky singing "I Believe," the song she performed at the opening ceremony of the 2010 Winter Olympics in Vancouver. The screen was filled with dramatic black & white still photographs of Penske employees captured during a two-week, cross-country odyssey to 7 of Penske's major facilities. Ken Kauffman was the still photographer, George Pilhuj handled editing, Michael Ventresca was the AE and Marie Patriarca produced for NFL Films.
Posted by Victor Sonder at 6:19 AM 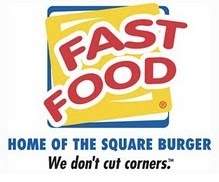